My 10-year-old son recently taught himself how to play Beethoven’s Fur Elise on the piano. He only took piano lessons for a few months last year, but after his daddy got sick and things got complicated around here with one-parent logistics to and from piano, soccer, basketball, his sister’s gymnastics and just everyday life, well, he couldn’t go anymore. But he still tinkers around on the piano every day.

He gets straight As at school. He is a pretty good goalie for his soccer team, and he even scored 8 points for his basketball team last weekend. He can solve any Rubik’s Cube you put in front of him, and he could probably tell you anything you want to know about the solar system. He creates hand-written thank you cards and he is usually pretty well-behaved. He’s a good kid. I keep thinking he’s going to change the world someday, I don’t know how, but he could.

I’m not saying this to brag. Stay with me.

Recently, one of my writing pieces online got a lot of nasty comments directed toward me — and my children. A serious amount of downright hateful, judgmental comments were written about us. Being a writer, especially a writer who puts her words out there for the world to see, you need to have thick skin. I’ve got that, trust me. I usually try to make intelligent, dignified comments in response to feedback on my blog. I sometimes even refrain from responding altogether and move on with my day. But once someone brings my children into a fray of negative, false or wicked assumptions, all bets are off. 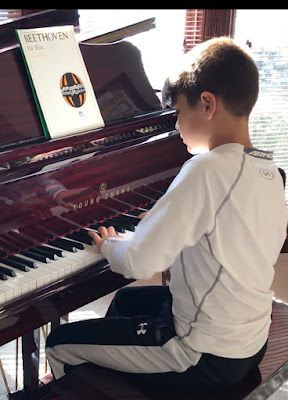 One woman I have never met— someone who knows not a speck of information about my life —called my kids “bastard children” in a comment. My four little people, whose hearts are shattered after losing their father to cancer not more than two months ago, are apparently despicable in her eyes. I know nothing of this woman — I don’t know if she is married, has children, has ever lost anyone significant or if she even has a f*cking dog (my guess would be no, but maybe a snake though). I know it would be wrong of me to judge her in turn for making that comment, so I won’t. However, I don’t think I would be far off in saying if this is how a woman feels about innocent, unknowing children, there is no doubt a special place warming up for her someday when she meets her demise.


Another man commented that I shouldn’t have had kids—or at least not “so many” of them, if I “can’t control them.” Again, someone I’ve never met and who has never seen my son’s elated high fives after getting the winning basket at the tournament game, a person who has never looked into the pure, loving brown eyes of my daughters is basically telling me they probably shouldn’t have existed. That’s not a stretch; he really was not a fan of children as evident in his spiteful comment.

I know what everyone will say to all this, “Why do you care what strangers think?” “Don’t let them bother you,” they’ll tell me. So let me explain the reason: I’ve got just enough crust on this heart of mine, just enough disappointment in humanity to buffer the blows I get in life, but my children don’t. But it’s the thought that these types of people—cold, uncaring, heartless people—exist in this world that bothers me. That many of these people have children of their own who they are (with actions and words) teaching to be mean. That is what bothers me.

These people exist and we most likely interact with them unknowingly every day—they may be our coworkers, store clerks, bus drivers, CEOs or waiters—they are anyone and everyone in the world. Some of them are bound and determined to be cruel, and in turn people around them learn it and feed from it, too. It creates a ripple effect where an entirely new generation of cold, unkind, nasty people are unleashed out into the world. That is what is so hard for me to digest.

When I was growing up, my mother used to say, “if you don’t have anything nice to say, don’t say anything at all.” She used that phrase so much I thought it was an Indiana state law. Today, where comments and social interactions are a simple click away behind a smartphone or anonymous computer screen, I often wonder about the gratification people get by being nasty to one another— usually at the expense of a person’s feelings, their self-worth, their heart breaking. Why is it acceptable to step on another human being under the guise of “opinion sharing” or “freedom of speech?” Shouldn’t we be practicing and teaching our children self-control, tact and a genuine respect for other people, no matter their differences in opinion? Maybe mom’s old saying should be a law.

I look at my son playing that piano every day after school and, with sadness, I wonder how anyone could already have disparaging words for him. Who could have negative comments about a boy who only knows the life experiences of riding bikes, building forts and walking his dog? How could anyone see him as anything less than I see him— a child who still thinks people are nice and there is still good in the world?

I know that soon—sooner than I can blink, he’s going to be out there in this world with a lot of mean people. People are going to tear him down, put him down, criticize him or berate him. I don’t like to think about what nasty comments my daughters will also hear someday either. But I know it’s coming. What makes me so uneasy is that I will never be able to shield them from it. Nobody with children ever can.


This post was published Jan. 12, 2018, here at Scarymommy.com, where it was requested to run exclusively.