Ramblings of WHY mark five years

WHY is what I think still, on many nights.

Why then? When there was still so much left undone. Unsaid. So many places we hadn’t seen together.

Why did he have to go when both of us were angry? So many wasted years mad. Why? We could have made it better. 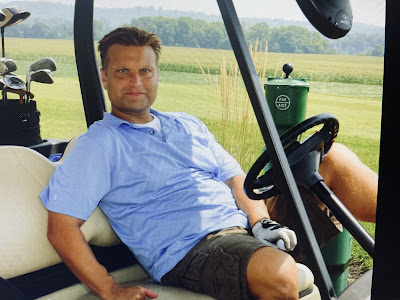 Why couldn't the kids keep him just a bit longer?

Why this way? Why the floor? Why no goodbyes?

He probably cried the same thing.

I couldn't hear back then. Do I hear anything really now though?

The Whys every November are normal. Justified. They always stay even after November's gone. I want to scream them away when it's quiet. It's stupid to keep saying "it's not fair." Get over it, they'll probably tell me. Five years is too long to keep thinking about the Whys. Shit, don't they know I tell myself the same thing? Also, F anyone who doesn't know the pain of going on and keeping on (without) their person. My eyes look away when I see other women with their alive husbands. They don’t know about the Whys.

The Whys extend beyond just me. The world is crazy now. Why have all the people I thought I knew, lost their minds? Lost sense. Lost compassion. Why do they blindly trust evil and normalize untruths? Why do I have to be in charge of shielding our kids from so much evil in the world? Why do I have to do this alone?

How can I pretend our kids will be ok? I never wanted to do this on my own. After five years being alone, my mind hates accepting the fact I won't see him again in this life. Even in the desert, the Whys make me feel like I'm drowning.

I live in a state with probably more golf courses than there are houses. I pass one every few miles every day. It reminds me how much he hated golf, but went anyway when it was to benefit charity. Even though he wasn’t the best golfer I still wish he could have taken our son to learn.

Sometimes I get a feeling. A particular feeling that feels like a life raft.

A feeling what Before felt like. Before Whys. Before marriage. Before kids. Before stress. Before pain. Before morphine. Before heartache. Before death. Before my children wept over a coffin. Before my eyes were opened. Way Before Arizona ever existed. Before new love. Before kissing and holding onto another man. Before strength against the Whys.

This feeling of Before —I call it, 'Goo Goo Dolls.' Stupid, yes, but we first met and dated in the late 90s and that was what was on all the time. It's what played in our dorm rooms and at parties. The soundtrack to our Before was 'Dizzy Up the Girl.'

We both had the cd. We heard this same music on repeat for years, through different ears, even before we met, not ever realizing it would be our Before. Listening to words I don't know anymore, hearing the familiar sound of Before is paralyzing. When it arrives in an elevator. Or shows up at the dentist office. Or pops up on the easy listening channel in the car. I can't tell the kids I want to leave it on, because Goo Goo Dolls is... "so cringe, Mom."

Why did I donate all those cds when we moved?

Why did I have to get rid of so much. Why did I think parting with everything could make me forget most everything?

Why didn’t I say I’m sorry for all those times I was an impatient mother to our kids and a terrible wife to him.

Why didn’t he get to take his son golfing? 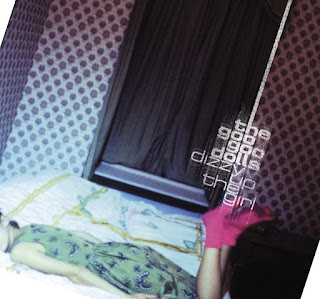