On his January birthday, forever 41

Usually in mid-January I stop in the card aisle at the store and thumb through the birthday cards for husbands. Torturous, I know. Especially today. Matthew's birthday is today. He would have been 45. But instead, he remains forever 41. 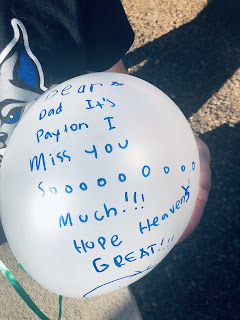 "To the wonderful man I love" "To my loving husband" "For my better half" ... I stare at all of these cards. I read the sappy ones, the silly ones, the sexy ones. The latter type— yeah, those were my jam and gave us fodder for some pretty good inside jokes over the 20 years we were together. It's funny that not a single person passing by would ever know that the recipient of the card I want to buy is dead and has been for over three years now.
What if he were still alive? It's a thought that simmers in my mind a lot. Probably every widow (or widower) out there can say the same. Where would we be or what would we be doing today, had things gone differently?

Whenever my mind goes there, it usually results in dreams about him soon thereafter. Some are good dreams, where he’s healthy or smiling. Other times they are not-so-good dreams. Weird ones, in which he's angry or sad or frustrated or scared and I can't find him, I can't hear him. I can't get to him, I can't save him. The kind that wakes me up in a panic, my heart racing, my mind worried that I could have done things differently.

Recently I had one of those dreams.

In it, I was rushing Matthew to a doctor, but I was carrying him in my arms, and there was water all around us and the path was really narrow and slippery. And I was going too fast and I overshot the curve to turn and I let him go, and he fell into the water. I jumped in, panicking to get him, trying to push him above water but he was under a long time. When I dragged him up and gave him over to the doctors and nurses they stood there and didn’t do anything. They just looked at me with disappointment and told me he was gone. I frantically tried breathing into him, yelling, “Don’t go! Don’t leave me!”

But he was gone and I knew it. Same as that day. That day when he really did leave. Waking up out of that kind of dream doesn't bring relief because he is still dead. I'm left mulling over the same scenarios regarding his last days that have been occupying my brain for over three years now. The same questions linger. The same wound left open. I still hold regret that I wasn’t with him in his final hours and minutes. I agonize over whether I could have done something differently to save him or at least buy him some more time. 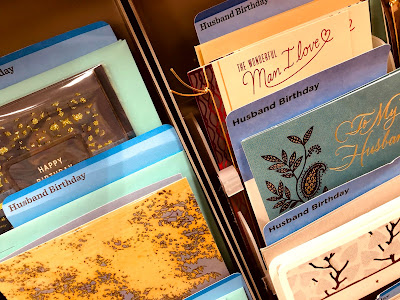 I’ve bonded and shared stories with other widows since Matthew died. We are each other's safe places when it comes to re-hashing the 'death story' and the time leading up to it. We are each other's sounding board in dealing with 'normal' people who still see optimism and hope around every corner versus our pessimistic view of imminent death lurking for the unsuspecting fool just a heartbeat away. We share the ability to be able to say out loud and share raw details about the most intimate wounds that we all still nurse each day. There is usually a small piece of each of us that hangs onto the guilt surrounding the events of our partners' deaths. Or the guilt in at least being the one left here to live.

"If only I had gotten to the hospital sooner." "If only I had picked him up from the bar." "If only we would have insisted on a second opinion." "If only I would have come down the stairs in the middle of the night." Yep, that last one is mine. These pieces of guilt may seem small, but trust me, they are heavy to the bearer. It's not a load that can be handed off either. The grief is a rollercoaster we ride every day and we don’t get to ask the carnie running the show to let us off when we feel uncomfortable or sick of it.

It's only been through therapy, retelling my story to friends in tears or writing out feelings about his death that I am able to accept that his death was just that. His death. I couldn't have controlled the outcome that was to be that November morning in 2017. No matter the regret I hold about that day —how I was so preoccupied his last day alive, how I never told him all the things I thought I had time to say, how I pulled the kids in all different directions when I should have made them sit instead for a few moments with their father. How I felt so overwhelmed with so many inconsequential things that I didn’t even see he was slipping away right in front of me —no matter it all, I can't make it different. Nothing I did or didn’t do that day matters now. I could not have controlled the outcome of Matthew's death. It was his hour to go.

I may always harbor some regret from the past. I feel pangs of guilt for being alive here in the present, eating cake today with our kids on his birthday. But I have decided not to let the future be marred by feelings that I could have changed the circumstances of his death. Nobody dealing with spousal loss ever should. Not from family members, from friends or doctors or outsiders—and certainly not from some stupid dream. The nightmare you wake from will never trump the reality of what you know is your truth.

He was meant for just 41 beautiful birthdays in this life. That's it. Today the kids and I will live, laugh (probably yell too) and celebrate the birthday of a man we loved dearly who will always be forever 41. 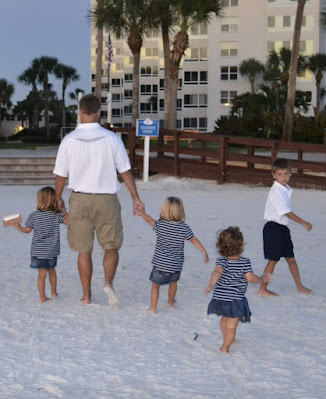