There is a shitty teal picture frame that sits on a living room shelf in my house. It's a pretty small, unsuspecting item we have here in the house I bought for the kids and I after my husband Matthew died over two years ago. I got the frame years ago at a dollar store 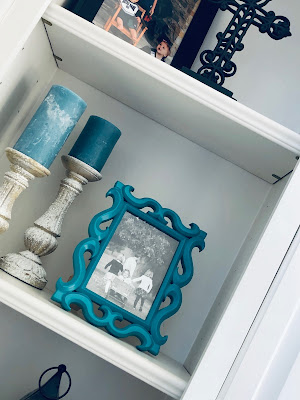 only because of its color. I was redecorating our master bedroom in whites, greys and teal. Every now and then Matthew would humor me when I went on these decorating rampages, buying new comforters, new pillows, window treatments and the like. I was never really any good at home decorating, but Pinterest sure made me think I could be.

I'm not sure what I was looking for that day, because I'll be honest, it wasn't really my thing to outfit a master bedroom in Dollar General décor but I passed by the shelf of cheap, plastic brown and black picture frames and stopped. I grabbed an odd-shaped teal one because it matched perfectly the color I was looking for to accent the room. It was so chintzy and light you could blow on it and it would have fallen over. The face isn't even glass, it's plastic too. Nobody will know this came from a dollar store though, right?

So I got home and printed out a 5x7 black and white photo of the kids from a photo session we had just taken at the farm. I posed the kids exactly how I had seen the "perfect farm picture" on a Pinterest photography page. The three older kids walking alongside an old Radio Flyer wagon with our youngest one being pulled inside it. They are all turned away from the camera—all except our baby, 2, who was smiling. I love this picture for so many reasons. It was taken on a beautiful October day— in my favorite season of fall. It was at one of our favorite places to be, the family farm— where my children enjoyed countless days running through fields or exploring with their daddy. The wagon pictured, weathered and rusted, was the actual wagon their father was photographed in when he was a baby in the 1970s. Then there's the fact that my children were all quite happy that day—nobody was bickering or whining. I didn't have to bribe anyone for smiles or threaten to take away dessert just to get a good shot. I look at that picture and only see happiness. I see harmony. I see love.

I put that picture on Matthew's nightstand in our bedroom, because frankly he had more room on his nightstand than I ever did on mine. There, next to his alarm clock, is where it sat for years, even despite future bedroom décor changes I attempted. Even through his sickness, when water bottles, pills and medicines, syringes and gauze pads cluttered that nightstand, the picture remained.

On the morning Matthew died, I found him on our bedroom floor, steps from his nightstand. After everyone had left that horrific day and my children were at a relative's house, I sat alone in our bedroom embracing a mind-numbing sadness that wouldn't go away. I sank to the floor and laid there where I found him. I wanted to see what he saw, to look around at what he would have looked at last before he left this Earth. I desperately wanted to feel, if only through vision, what he could have felt in the sights here before he died.

That's why this picture—which to anyone else just looks like four kids in a crappy dollar store frame—is and always will be utterly priceless to me. 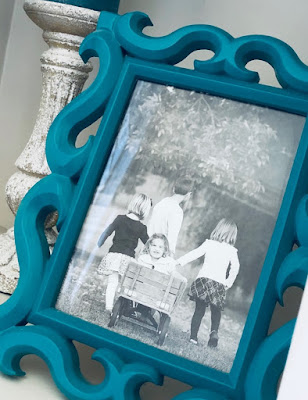