A little boy who turned 'HOT' in a blink

Alright, last night my son was accosted by some girls at soccer practice asking for his phone number … and last weekend some of the soccer parents told me they overheard the boys talking about some girl from a neighboring school who called my son HOT. And now I'm having some issues - especially with the word HOT.

First off, I'm pretty sure hot is the word I used the other day in a lusty conversation I had with a friend about Avengers actor Chris Hemsworth. Hot is how I will forever describe Brad Pitt in my 90s guilty pleasure movie, Legends of the Fall. Hot is the vision of Ryan Gosling's abs in Crazy, Stupid Love. It is also the descriptor I could use for how my crotch feels during my kids' late afternoon August soccer games, but we're not going to talk my body temperature here.

In any case, HOT is not what I think of when I look at my nearly 13-year-old son –the boy who was
once a 6-pound, 8-ounce colicky baby who never slept. 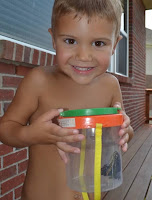 Now I'm stuck in this odd stage of parenting an almost-teenage-boy who will always be a baby boy to me. Because he's still that little boy who cried when I turned off the lights and left his room the night he first slept in his big boy bed. He's the little boy who sucked on a paci (that he called a 'fafa') until he was almost 4. He's that tan-skinned, brown-eyed boy who played 'garbage man' in the street every day after preschool. He is that little boy who I'm sure wore a Buzz Lightyear costume at the dinner table for weeks straight and who learned how to read Chicka Chicka Boom Boom all by himself at age 5. He's the child who loved catching butterflies and squealed in delight when Caillou came on tv. 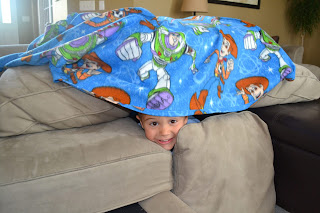 He's the boy who I'd find hiding with his blankie and books in a marker'd up cardboard box in the living room at our old house. He is the child who sweetly stuttered well into kindergarten and spent Saturday afternoons making pillow forts on the couch. He's still just that boy whose little hand always gripped mine when we walked through the grocery store parking lot to the car what seems like not so long ago... isn't he?

He's the boy who became a big brother at age 2 but still refused to poop on the toilet for another year. He's the precious child who believed in Santa til he was 10 and probably still believes in the Easter Bunny (because... chocolate, duh).


He's the sweet boy who lost his father way too soon, forcing him to be the only boy left in this house of girls.

He'll always be that sweet baby boy to me. No matter how fast he grows (I still have a quarter inch on him), no matter how quickly he evolves into the breathtaking young man so many people are noticing, he's always and forever going to be my little boy.

This post was also published Nov. 7, 2019 here at Love What Matters. 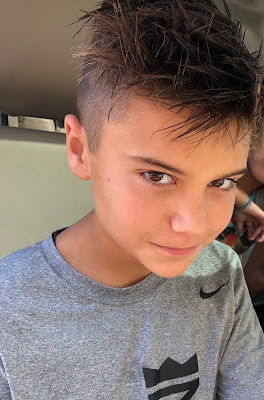